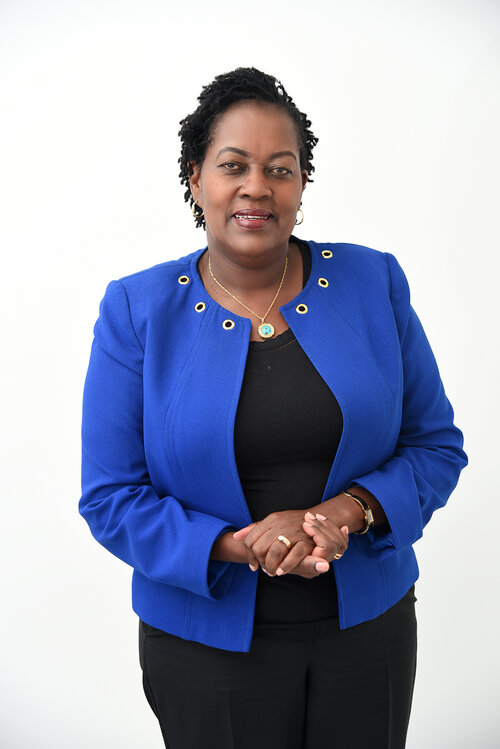 Judy Thongori is the proprietor of Judy Thongori & Co.Advocates which was founded in 2003 with a strong focus on family law. She has a career spanning more than 30 years and is acknowledged as an experienced litigator, advisor and mediator in family law matters.

Judy has extensively litigated on behalf of many family members in family disputes at all levels in the court and has contributed to public awareness and discourse on various aspects of Family Law through audio, television and print media.

She is a trained Family Mediator accredited to the Mediation Accreditation Committee of the Judiciary of Kenya. She has also contributed to international litigation on children and family issues through opinions for Courts and lawyers in the United Kingdom, France, Netherlands and other countries.

The bulk of our practice is in family litigation which includes matrimonial matters, children matters, estate planning, succession and mediation as well as conveyancing.

Judy has been recognised for her contribution to Family law in Kenya. In 2013, she became the first woman to be inducted into the “Roll of Honour” by the Law Society of Kenya for distinguished service in the legal profession in Kenya. In 2015, she was awarded by the Law Society of Kenya in recognition of offering pro Bono legal services. In 2020, she was conferred the rank of Senior Counsel for her exemplary work in the legal profession.